The traditional “International Congress Center ICC” at the radio tower was a landmark of old West Berlin. It is not without reason that Berliners call their ICC the “spaceship”. Built during the cold war for a total of 500 million euros in today’s currency, they wanted to make a statement withthe building on island-like West Berlin.

They succeeded. However, eventually the building began to show its age, likewise the old central kitchen. At the beginning of April 2014, thirty-five years after the first opening, the German capital put its former showcase exhibition grounds into a state of hibernation. The re-dedicated use of the gigantic building on the Avus is uncertain, but the end for the ICC as well as the relocation of the trade fair has been decided. In consequence, the central kitchen of the trade fair caterer “Capital Catering GmbH” (CCG), a 100-percent subsidiary of the Berlin Trade Fair, also had to be replaced. After a ten-month construction period, the new central kitchen opened at the end of 2014. Short logistical paths and central cold storage rooms were especially important for head chef Andreas Flechtner. The trade fair specified Kelvion evaporators for the refrigeration system. “Thirty years ago, the ICC kitchen was state-of-the-art, but for a modern trade fair catering up to 15,000 meals and 150 events per day, it is simply no longer suitable”, says head chef Flechtner. He has managed the kitchen team of up to 50 persons for nine years, and who has formulated very clear wishes for planning the new kitchen.

“The kitchen was previously accommodated in the fourth floor,“ he explains. „Our cold storage rooms, both main storage and intermediate store rooms, were down in the third-level basement floor. Prepared meals or goods to be processed had to be sent back-and-forth over seven floors.” Logistically, this was a challenge, especially because diverse dishes were prepared at different times of the day, leading to difficult warehousing in the cold-storage rooms. “When we prepared meals for a large event with a few thousand guests, we had to bring the prepared dishes together from the different cold-storage rooms, where they were in interim storage. This cost time and nerves,” says Flechtner. The situation has now fundamentally changed with the new central kitchen. There are two large cold-storage rooms with highly efficient blast freezers connected to two cooking stations. “Here we can transport the prepared dishes from the cooking range directly to the cooling station. And the meals are cooled down after a maximum 15 minutes. This is a significant gain,” says Flechtner. 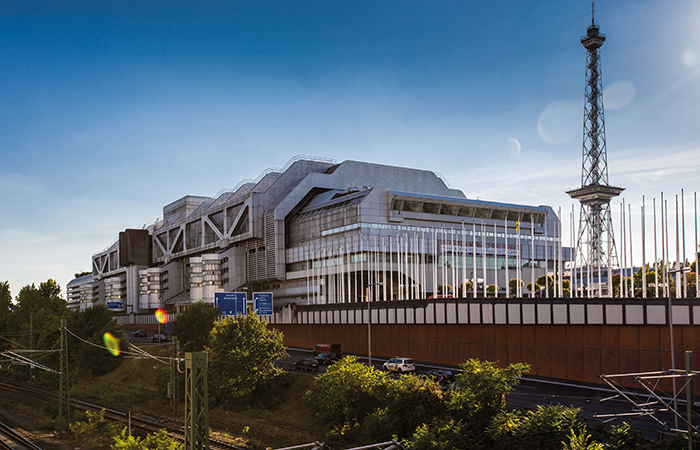 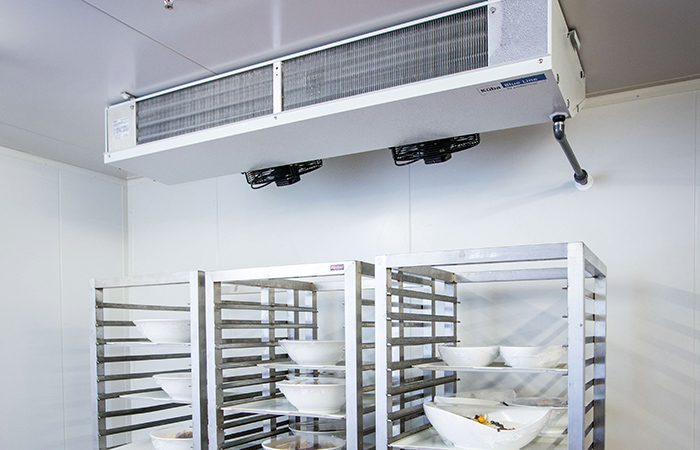 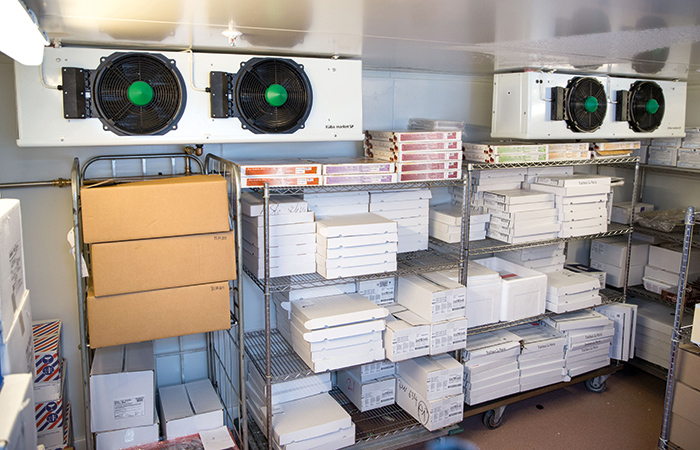 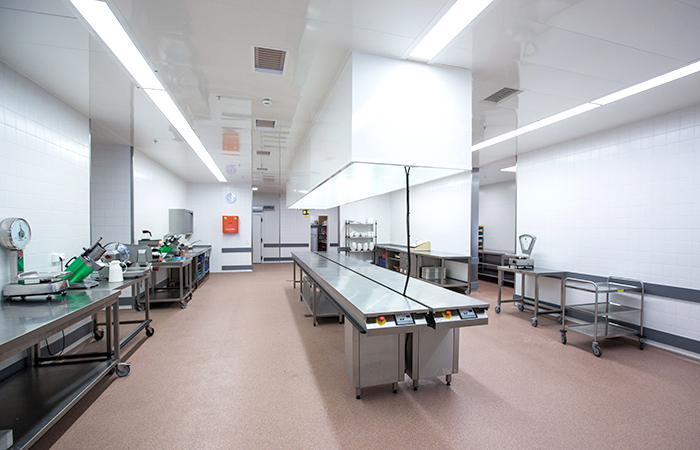 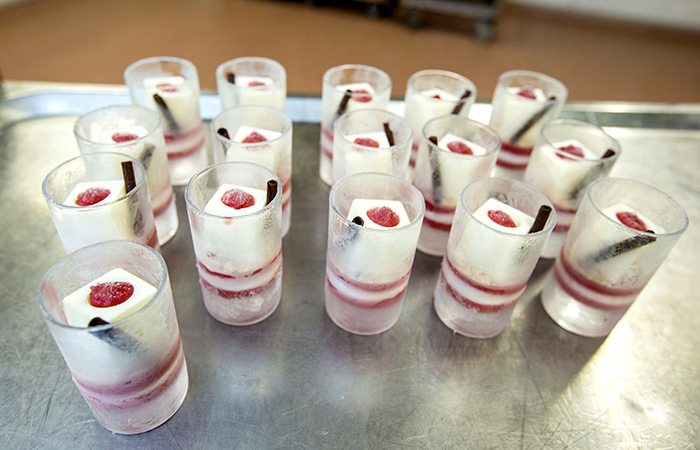 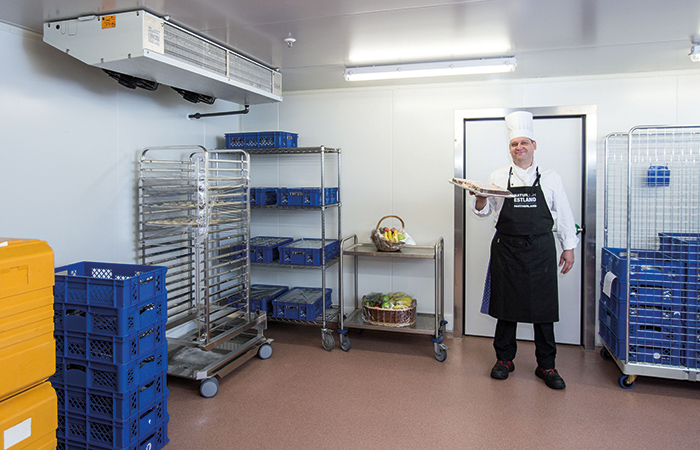 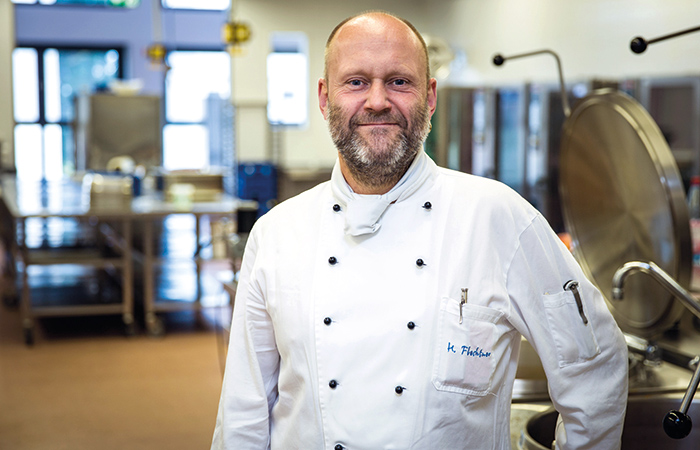 In the past, the catering team had to work with ice water basins prior to sending the food down seven floors downstairs. Today, food is delivered between 6 a.m. and 9 a.m. and transported on two freight elevators to the fourth floor of the industrial fair building number seven. Different cold-storage rooms for fish, meat, vegetables and dairy products are positioned as interim storage around the cooking islands. The refrigeration technology was planned and installed by the Berlin contractor Kleinschmidt Gewerbekühlung. “ In total, there are thirteen cold-storage rooms with areas between 8 and 42 square meters. Three blast-freezing units are integrated in a central cold-storage room. The remainder are for central warehousing. The operating temperature is between -18 degrees and +4 degrees. Kleinschmidt has installed a total of 21 energy-efficient Küba compact DFBE 072D. The space-saving ceiling air coolers ensure a high degree of cooling reliability – even and especially in cold-storage rooms that must be frequently entered.

“We always walk in and out,” says Flechtner, who especially highlighted the low noise level of the ceiling air coolers: “The noise emission is close to zero.” R134a is used as refrigerant. The casing of the evaporator is powdercoated; drip-tray and side covers are detachable and therefore easy to clean. In addition, the air cooler is equipped with electric defrosting and is continuously monitored with a wireless networksupported temperature control. “We are immediately notified by the system if there are any temperature changes. This guarantees the necessary storage security in the cold storage rooms,” says Flechtner. Kleinschmidt Gewerbekühlung has been successfully active in the market for 40 years and has supported the Berlin Trade Fair for ten years. “In the course of the last five years, we have modified the old Küba evaporators, which had been working trouble-free for 25 years in the diverse cold-storage rooms on the exhibition grounds, with the refrigerant changeover from R 22 to R 404. We carried out the change without difficulty, and that speaks for the quality of Kelvion components,” says Kleinschmidt, whose company also furnished refrigeration equipment to the O2 World in Berlin. 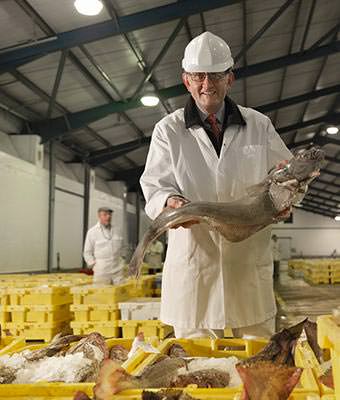 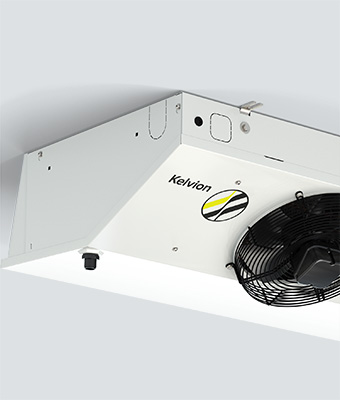